Promotion of languages to the Governor General of Australia.

In November, three of the QILAC members were among a delegation from the Eastern States  Aboriginal Languages Group who were invited to Government House in Canberra to meet  with Her Excellency the Governor General Quentin Bryce. 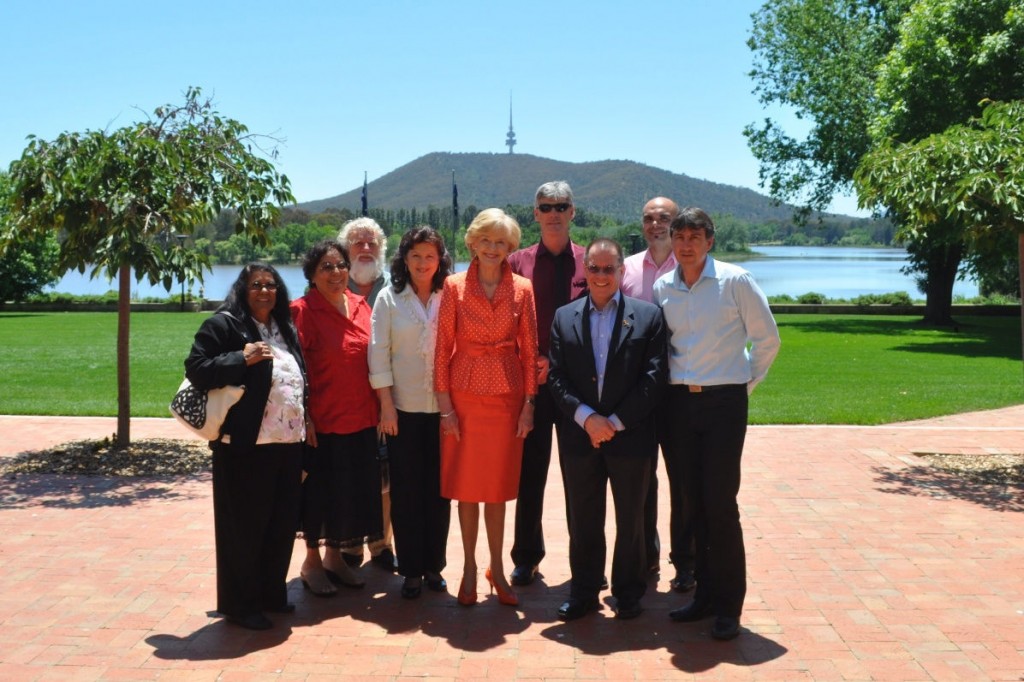 QILAC members, Bridget Priman, Melinda Holden and Faith Baisden were among the Eastern States Aboriginal Languages Group delegation who met with the Governor General Her Excellency Quentin Bryce at Government House in Canberra

Members took the opportunity to  spend nearly an hour with Her Excellency as she was keen to know as much as possible about  the use of languages in the community, and the role of the Queensland committee and  other state groups.

Her Excellency inquired about the strength of the languages and what work was  being done to help make them continue to return to use. Members showed her a number of  the resources that have been produced in Queensland and she showed a genuine delight  and interest in their content.

We left Her Excellency with materials to share with other visitors  and international guests.

The group was invited to visit again and to hold  our next meeting at Government House.