"I'm a Queenslander too!”

“I’m a Queenslander too!”  said Mr. Michael Bryce AM AE as he stepped up for a photo with the QILAC members who attended a reception at Government House in Canberra. 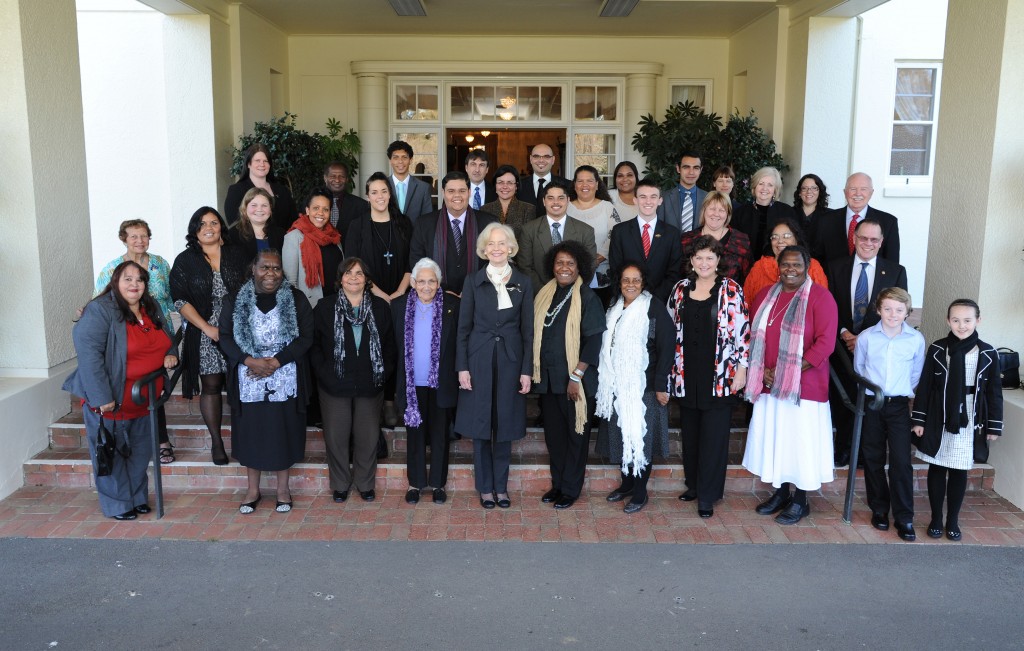 The event, held during NAIDOC week was to honour Indigenous languages and the Elders who have worked to keep them alive over the past 30 years.

The lunch event hosted by Her Excellency the Governor General and Mr. Bryce, welcomed representatives of over 30 different Aboriginal and Torres Strait Islander language groups to Government House, where some of the delegates were accommodated during their stay. The reception was coordinated by the Eastern States Aboriginal Languages Group and supported by the Office for the Arts, Department of Regional Australia, Local Government, Arts and Sport.
QILAC members in the photo are Melinda Holden, Ethel Munn, Bridget Priman, Faith Baisden and Dr. Eve Fesl.