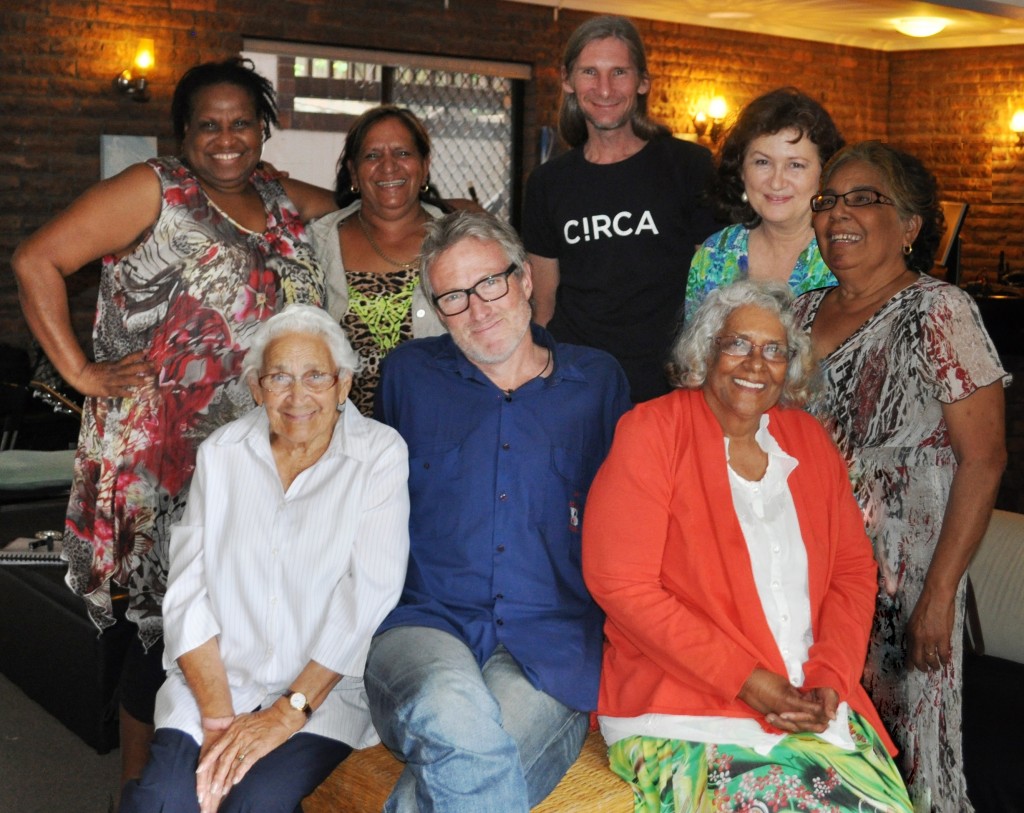 As part of the Queensland Music Festival, the Queensland Indigenous Languages Advisory Committee (QILAC) invite you to join them at Kuril Dhagun (State Library of Queensland) on the 25 July, 2015 in celebration of Queensland’s traditional languages, music and song.

Through their work together the members of QILAC have become close friends and found a collective passion for music.

The women decided to each bring a song in their language to share at one meeting. This musical gathering highlighted the importance of contemporary song in sharing language and encouraging family language use.

It lead to a professional recording with award-winning composer David Bride and Wantok Musik Foundation, which aims to empower all Indigenous Australian’s to sing in their languages.

QILAC Chairperson Joy Bonner says, “We each shared songs in our languages with the others. We sing together in five languages, so we had to teach our language and learn the other four languages. “It has been a wonderful, challenging and joyful experience which truly shows the power for music for sharing language.”

Singer and Choirmaster Kristina Kelman says, “Everyone can sing.”

“I have had the joy of watching these woman’s words come to life through this project. I don’t think many of the group would have initially called themselves signers, but through their strength and passion for their languages they have given us a beautiful collection of songs that will have us all singing along.”

Music Producer David Bridie says “Many Australians don’t know but our country is actually hundreds of countries each with their own languages and cultures. This project has given these woman and the Wantok Musik Foundation the opportunity to share five of these beautiful languages with the world.

“We hope that the music will encourage Indigenous Australians everywhere to continue to sing in their languages, and to use their songs to help the rest of Australia grow to better appreciate this place that is home to all of us.”

The project was made possible by the Australian Government’s Regional Arts Fund, which supports sustainable cultural development in regional, rural, and remote Australia to give artists and communities’ better access to opportunities to practice and experience the arts.

The event will also launch the CD Yamani, which is the culmination of the project.